Desperate for new sources of dues revenue, UAW union officials offering a “trick” to Chattanooga Volkswagen workers.  Even Labor Secretary Tom Perez is getting in on the act, declaring the U.S. will import German-style work councils.
These co-called councils must operate under a union in the United States. And Volkswagen workers, having rejected the union in a February vote, will be on the receiving end of this “trick”.  Matt Patterson has the story in Forbes. 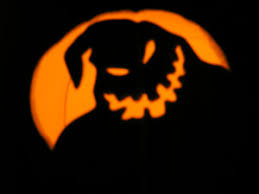 Curiously, even though Perez feels the need to learn more about it, he seems to have already made up his mind: “I believe we need to import this [works council] model to the United States, and I’m confident that we will,” Perez told an audience at the National Press Club.

Translation: Hey Chattanooga workers, you know that union knocking at your door? The federal government has its back. It’s as if the trick-or-treater had a muscle-bound goon standing behind them with a tire iron.  Give us your Snickers, or else.

Of course, these workers already rejected the UAW in a representation election that took place last February by vote of 712-626. They said no, loud and clear. But the UAW, like bullies everywhere, refuses to take “no” for an answer.

. . . Williams recently reiterated to Reuters his union’s intention to be the exclusive bargaining representative at Volkswagen Chattanooga within a year.   And he’s trying a new strategy: After the Chattanooga election loss, the UAW opened up a club of sorts among autoworkers at the plant, something they call Local LOCM -1.89% 42. It’s not a union officially, more like a voluntary society.

Williams hopes to gain enough sign-ups for this non-binding, non-bargaining, non-dues collecting club to prove to Volkswagen that he has enough worker support to transform Local 42 into a binding, bargaining, dues-collecting union. The hope is the company will accept the sign-ups as proof of union support and presto! The UAW wins recognition sans election.

Indeed, Williams claims that he already has a majority of the plant’s 1500 workers on board. According to the Reuters report on its conversation with Williams:  A cynic may be forgiven in suspecting that Williams is bluffing and that the UAW doesn’t have a majority of the plant’s workers fooled by the union’s non-union masquerade.  The UAW has tried this bluff before — in 2013, they tried to convince everyone that it had collected enough cards from workers to gain recognition without an election (a process known as card check).

Then, as now, the UAW could silence the doubters by simply allowing the press and company to see and verify the signatures the union claims to have collected.

They won’t of course, because Local 42 is nothing but a trick, a trick that’s not fooling anybody this Halloween.