A new report published by the Office of Personnel Management reveals over $1.5 million of taxpayer money are spent paying federal workers to conduct union official business.  Misnamed “official time,” the only aspect of the time that is “official” is the fact that it is spent by union “officials”.

Diana Furchtgott-Roth has the story in market-watch.com. 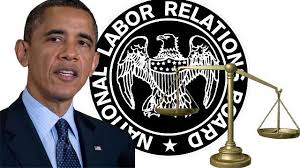 But a new report issued by the Office of Personnel Management on Monday shows that in fiscal 2012, 1.2 million federal workers spent 3.4 million hours reporting to their government unions. Paradoxically, time spent not working for the taxpayer is called “official time.”

OPM reports that official time costs taxpayers $157 million in salary and benefits, up from $129 million in 2009 and $102 million in 2006.
Taxpayers are subsidizing unions such as the American Federation of Government Employees, the National Treasury Employees Union and the National Federation of Federal Employees. Over 80 unions represent federal employees in agencies ranging from the Department of Defense to the Federal Trade Commission.
In terms of hours of official time per employee, known as the “official time rate,” the most egregious example was the National Labor Relations Board, with an average 12 hours per employee during fiscal 2012. During the last three quarters of that fiscal year, the NLRB was not doing much meaningful work, because it was operating with three illegal recess-appointed members. Every NLRB decision between January 2012 through the summer of 2013 was invalidated.